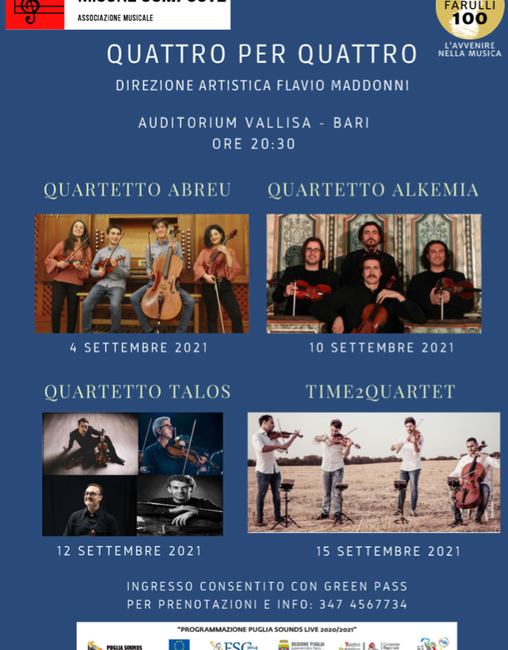 I conceived this review not only because I formed myself as a musician  with Maestro Farulli at the Fiesole School of Music, appreciating his human and musical message, but also trying, in my small way, to follow his example. For fifteen years I dedicated myself to the formation of the first youth orchestra in Bari, “La Bottega dell’Armonia”, aware of the importance of making ensemble music from an early age. With this team I organized ten concert seasons which were also attended by important soloists and conductors who wanted to marry the idea of ​​sharing the emotions of music with the “little ones” by also participating in festivals in Italy and abroad.

The QuattroxQuattro project was born from the idea of ​​introducing the string quartet to the public in its flexibility and potential: four concerts with four different ensembles and four different repertoires. It starts with a concert of very young performers to reach already established musicians, underlining that the quartet activity can be undertaken as soon as students and that it matures with a continuous and constant commitment over time. The proposed repertoire ranges from classical (Schubert and Beethoven), to jazz, to Piazzolla’s tango, to contemporary with works commissioned and written for the occasion. 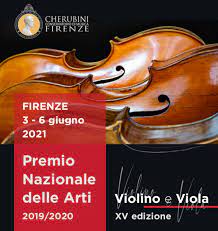